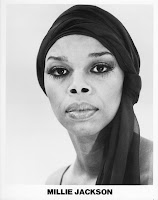 Millie Jackson has been a recording artist since the early 70s.  An American Soul/R&B singer with an incredible rich, deep voice, she is given to peppering her performances with spoken word sections, some of which contain language that ranges from the saucy to the explicit.

I bought two of her LPs at a car boot sale earlier this month for 50p each: 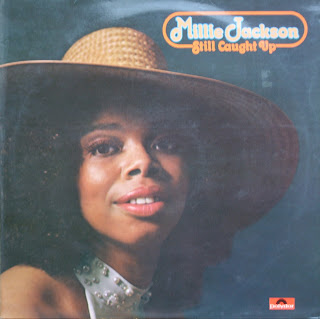 Still Caught Up was the follow up to the hugely successful 1974 concept album "Caught Up" which told the story of a love triangle from the perpectives of the two female sides.  Still Caught Up continues the theme, with Side 1 sung from the point of view of the wronged wife who still loves her cheating hubby, with telling songs like "Making The Best Of A Bad Situation" and "Tell Her It's Over".  On Side 2 we hear from the mistress with "Do What Makes You Satisfied" and "Leftovers".

Here's her cover of Loving Arms:

Still Caught Up reached no.27 on the US R&B album chart. 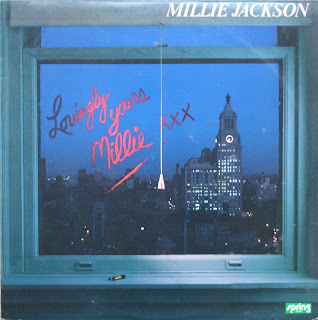 Lovingly Yours is another collection of songs about love, sex and heartbreak.  The combination of spoken word, strings and subject matter give the album a very Barry White vibe.

Lovingly Yours reached no. 44 in the US R&B album chart.

Millie still records and performs today (her website is here) as well as hosting a regular show on a Dallas radio station.