All Hail The Queen

I went a bit further up the coast yesterday for a large-ish boot sale and got two late 80's hip-hop albums, the first being Queen Latifah's debut LP All Hail The Queen. 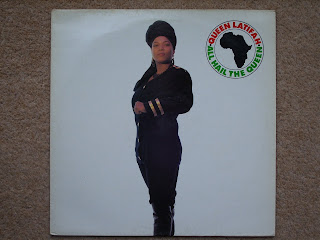 Queen Latifah - All Hail The Queen (1989)
It's laid back, intelligent hip-hop, sometimes termed 'conscious rap', similar artists being De La Soul and Monie Love.  In fact both acts guest on here, standout track 'Ladies First' featuring Love.  The album is a patchy affair, but has enough high points to make it a bargain at £1.  Spotify link for track 'Wrath Of My Madness', which is also great:


Queen Latifah – Wrath Of My Madness


Next was The Fats Boys' Krush On You, an early greatest hits double LP compilation. 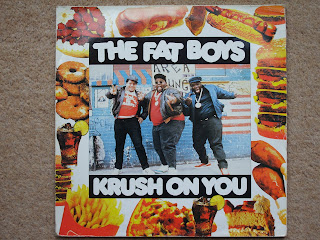 The Fat Boys - Krush On You (1988)
It's a lot of fun to listen to, although some of the beatboxing strays into Rolf Harris territory on occasion.  For just £1 for a double album though it's a bargain, particularly for standout tracks 'Jailhouse Rap' and 'Can You Feel It?'.  I love the sleeve, covered in images of junk food.  It's not surprising that one member died of a heart attack aged just 28.  The inside of the gatefold is equally calorific: 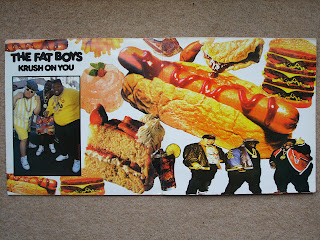