Two more LPs bought on Sunday both make use of the synthesiser.  As the 70s progressed, the synthesiser became a more and more popular instrument, and both of these albums were recorded during this decade.

The first is Paul McCartney's McCartney II, which I got in excellent condition for £1.50.  I was anxious to hear this as it's been remastered this year and has thus been written about quite a bit. 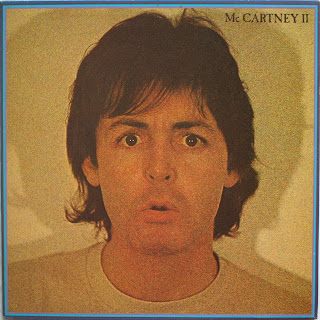 Recorded in the summer of 1979 at his farm on the Mull of Kintyre, this album is an odd collection of synthpop, blues and more recognisable McCartney-esque ballads.  And some other stuff that defies brief description.  The experimental use of a synthesiser throws up instrumental tracks like Frozen Jap which many seem to hate, but this is one of my faves.  Another couple of great pop efforts are the early electronica of Temporary Secretary and the UK chart no. 2 hit Coming Up.

Not available on Spotify, here are some youtube links, including the video for Coming Up which features Macca and Linda in a variety of guises.

The next album is pure synthesiser through and through: 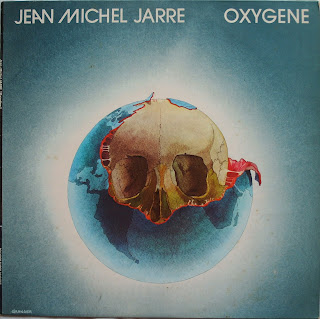 This cost me £1.  French composer Jarre reached number 2 in the UK charts with this, his biggest success to date.  It features six tracks named Oxygene parts I to VI.  Part IV is probably the most well known track from this suite of analogue synthesised instrumental music.  In the UK it was used as the theme to an 80s medical programme called 'Where There's Life', which is certainly where I first heard it!  Here's the link:
Spotify:  Jean Michel Jarre – Oxygène, Pt. IV
Posted by minibreakfast at Thursday, August 18, 2011