Don't Leave Me This Way

The blog has sat neglected for quite a while (the last proper post was almost a year ago!), as my spare time has been spent elsewhere, but the seemingly unquenchable thirst for bargain vinyl remains, and I've continued to scour car boot sales and charity shops for records.  There's a lot to catch up with, so let's make a start...

Cher released her 19th album Heart Of Stone in 1989, and I bought a copy at a chilly boot sale last spring for 50p.

This collection of synthy soft rock and blistering, blustering power ballads is front-loaded with its three best songs; Just Like Jesse James which got to no. 11 in the UK, If I Could Turn Back Time which reached no. 6 and of course spawned that video filmed aboard the USS Missouri, and You Wouldn't Know Love, which amazingly only got as high as no. 55 here, despite being a stonker of a tune.

The title track is actually a Bucks Fizz cover, which was news to me, although it did come out at the fag-end of their career, in 1988.  Their version barely scraped into the chart at no. 55; Cher's fared slightly better the following year at 43.  Does Anybody Really Fall In Love Anymore? sounds terrifically like Livin' On A Prayer, which unsurprisingly turns out to have been written by two members of Bon Jovi.

The cheesiest moments come courtesy of a cover of Desmond Child's Love On A Rooftop and the none-more-80s Emotional Fire featuring Bonnie Tyler and Michael Bolton on backing vox.  It must be said that the album as a whole is firmly of its time, but Ms Sarkisian belts out its mostly well-written songs with a satisfying gusto.  Heart Of Stone peaked at no. 7 in the UK, and remained on the album chart for a staggering 82 weeks. Here's that video:


At an Easter Sunday boot sale last year I got Roger McGuinn's self-titled solo debut as part of a 3-for-£5 deal.

I say solo, the four other original members of The Byrds all appear on the jazzy My New Woman, about a new squeeze who aspires to be "more than a lay".  The album boasts an eclectic mix of styles; acoustic folk-pop opener I'm So Restless is my favourite track, name-checking Dylan, Jagger and Lennon, and even featuring Mr D himself on harmonica.  Like many of the songs here it was co-written with Jacques Levy, who had already collaborated with McGuinn on Chestnut Mare, and who'd later work with Dylan on his Desire album.


Bag Full Of Money is a country tune that expands on the true story of "DB Cooper" who in 1971 hijacked a Boeing 727 and extorted $200,000 from the authorities before parachuting away, never to be seen again.  Aside from his ex band-mates, McGuinn's other guests include Spanky McFarlane on backing vocals for the traditional sea shanty Heave Away, Bruce Johnston joining David Crosby to provide harmony vocals on another trad cover The Water Is Wide, and Bruce again both singing and playing piano on the sunny, unsurprisingly Beach Boys-esque Draggin'.  There's plenty of musical variety to keep things interesting; as well as the jazzy feel of the aforementioned My New Woman courtesy of Charles Lloyd and his sax, sci-fi ballad Time Cube even has a bit of Moog squelching between the banjo picking.  The rather sickly Jimmy Joyce Children's Chorus blight the beginning of Stone, a cover of the Oldham/Penn gospel track, here featuring Spooner himself on piano, but thankfully they disappear for good after about 30 seconds.

Altogether it's a great album, due to its diversity of styles and McGuinn's unfussy production, as well as some strong songwriting and cover choices.


Found nestling amongst the Tijuana brass and bought for just a pound last April was this Ride album:


Recorded live at Wembley Arena and the Town & Country Club in early 1991, and drawing on their three EPs from the year before (Ride, Play and Fall) as well as material from '91's Today Forever EP and debut album Nowhere, Meltdown is a snapshot of a band arguably at their peak.  It manages to capture their gigantic, rolling wave of sound, combining a distorted but melodic jangle with hazy harmony vocals.  It's thrilling, and made even more exciting by the fact that it's a fairly rare bootleg, on XS Records (did I mention it was a pound?). 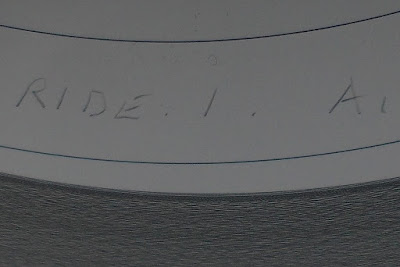 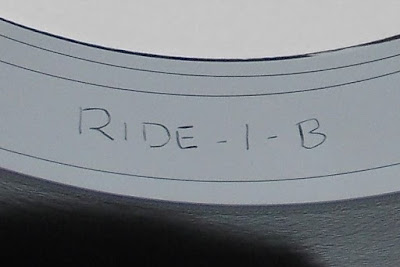 On the same day last April I picked up The Communards' second album Red for 50p, a couple of months after finding their self-titled debut in a local hospice shop for £1.


These were the duo's only two albums, between Jimi Somerville's short stay in Bronski Beat and his subsequent solo career, and of course some time before Richard became the Rev Coles.


Both albums consist of Hi-NRG synth-pop interspersed with thoughtful piano ballads, and the best-selling single from each album was a disco-inspired cover of a cover; Don't Leave Me This Way (Harold Melvin & the Bluenotes→Thelma Houston) stayed at no.1 for 4 weeks in September '86, and Never Can Say Goodbye (Jackson 5→Gloria Gaynor) peaked at no. 2 the following year.  Red boasts the particularly moving For A Friend, written in memory of the band's close friend Mark Ashton.


The Californian folk-pop artist of Native American and Mexican descent found fame in Britain when she signed with Decca in 1964.  Flowers is her sixth album overall and her second on Fontana, to whom she switched in 1966.  She became a regular guest on The Frost Report as their resident singer, and even hosted her own TV variety programmes on the BBC between 1968 and '70.

I mainly bought the album for the two Dylan songs (Chimes Of Freedom and The Gates Of Eden) but there are several other pleasant enough covers including two Donovan numbers, as well as her own composition Berlin, featuring a jazzy sax outro. There's nothing outstanding here, but since I was only expecting acoustic hippie strumming/warbling, the harpsichord, organ and flute on some of the tracks came as a nice surprise and keep things interesting.

On the same morning as I found Ride and The Communards' Red (not to mention four different LPs with the word 'Tijuana' in the title, but more of that another day...), I bought Missing... Presumed Having A Good Time by the Notting Hillbillies. It was the end of the morning and my pocketful of car boot change was much depleted.  The record was supposed to be £2, but the seller kindly accepted my last £1.79.

The is the sole release from Mark Knopfler's country-rock side project formed in 1986, and consists mainly of covers, plus a couple of originals in Your Own Sweet Way with Knopfler taking lead vocal for the only time, and Will You Miss Me? written and sung by Steve Phillips.  The band sound great throughout, playing the sort of laid-back pre-rock 'n' roll Americana that fans of Dylan's 21st century albums will likely enjoy.  Banjo, keys, Knopfler's unmistakeable guitar sound and some beautiful pedal steel from Paul Franklin combine with agreeable vocal harmonies on eleven tracks of country, bluegrass, calypso and blues, although it may be a little on the smooth side for some tastes.

Back in 1990 my dad and my eldest sister went to see the Notting Hillbillies play locally at Snape Maltings (as did the future Mr Breakfast), which was broadcast on TV (Channel 4 I think) and is now on youtube in full, with three extra songs:

Last (for now) but by no means least is Dylan's live Hard Rain album, found in May last year for £1.

I spent much of 2015 (and a little of 2016) listening to Dylan's back catalogue via the 47-disc Complete Album Collection box set, blogging my impressions as I went.  You can read what I thought of Hard Rain here:
http://bobsbigbox.blogspot.co.uk/2015/06/19-hard-rain-1976.html
and find the rest of the BobBox blog here:
http://bobsbigbox.blogspot.co.uk/

That's it for now, I'll be back soon with more car boot sale and charity shop vinyl.  If you'd like to keep up with my bargain hunting in 'real time', follow me on Twitter @VinylCarBooty (there's a button at the top of the page).  I generally tweet boot sale records on a Sunday evening, and charity shop ones as and when I find them.  Please do share your bargains with me either here on the blog via the comments, or over in Twitter land, I'd love to hear about them!

Posted by minibreakfast at Friday, February 19, 2016