You may recall from a recent post that I'd bought at a boot sale what I thought was an Isley Brothers LP, only to find out later that the sleeve actually contained an album by Roger Whittaker.  All I knew about dear old Rog was that he was a bit of an 'entertainer' in the 1970s variety mould and best known for his whistling. 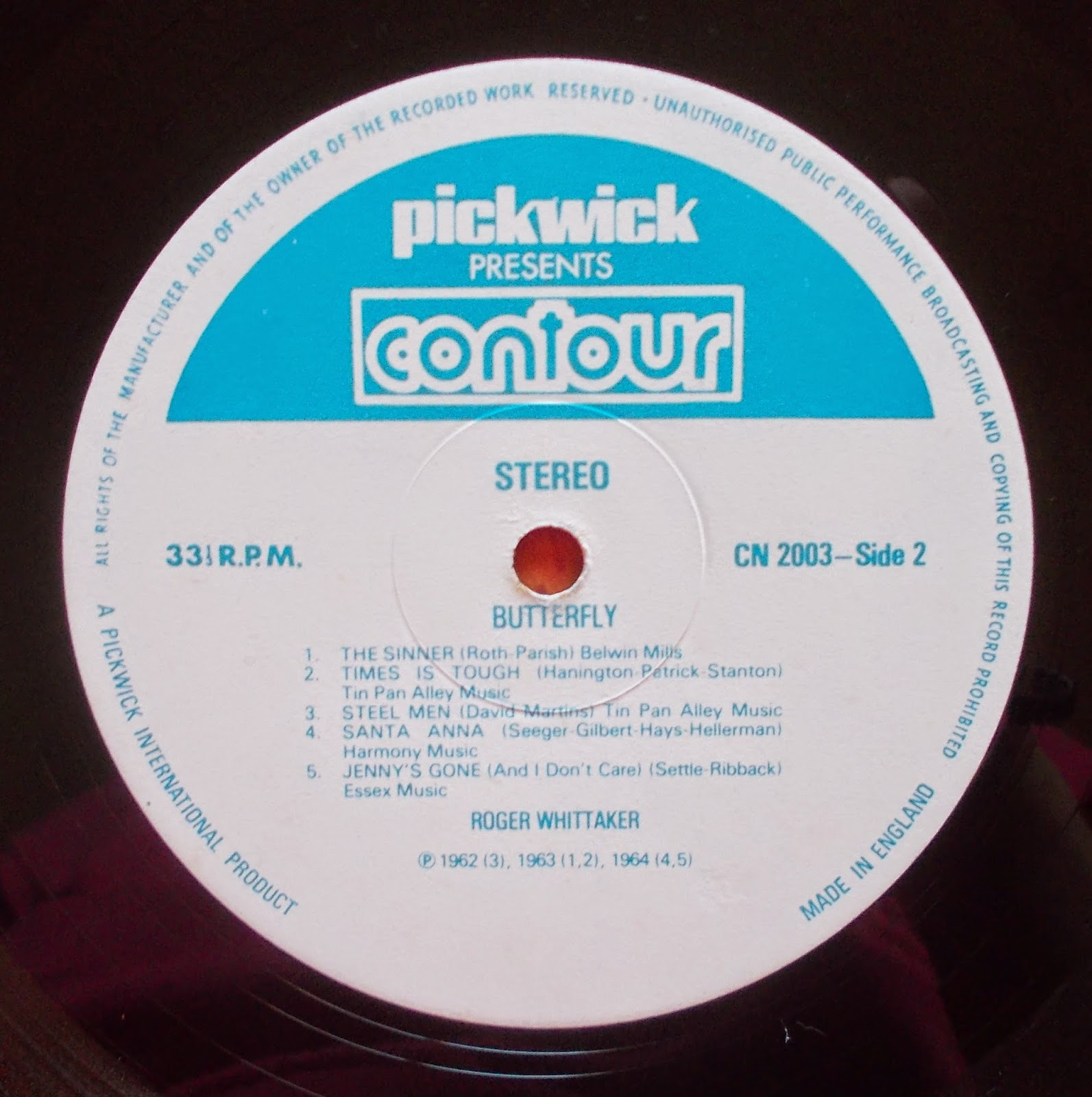 I was all set to bin the record, or perhaps look on youtube for tips on making it into a fruit bowl, when I thought I'd give it a quick spin, just for a couple of minutes for a bit of a laugh. As it turned out, Rog got the last laugh and I was pleasantly surprised.

It seems that before he made it big in the 70s as an easy-listening star with his own TV shows, Roger recorded some early material for Fontana Records between 1962 and '64. This is what makes up the album Butterfly, which is what I'd inadvertently spent my 20p on.

The release date of Butterfly is unclear, but the same songs in the same running order came out as Settle Down With Roger Whittaker in 1973, presumably to take advantage of his new-found success.  From his get-up on the cover of Butterfly, it's safe to assume this was also released in the 70s.

It opens with a cracking tune called Settle Down, written by Mike, er, Settle.  Recorded in 1962, it was also released as a single by both Judy Collins and Bobby Darin in '63, plus a few others in later years.

What follows is a great little album of country, folk, easy and rock 'n' roll, including a version of Jimmy Dean's Steel Men, a cover of The Weaver's Aweigh, Santy Ano (their take on the sea shanty Santiano, known here as Santa Anna) and Roger's 1964 single from when he recorded as Rog Whittaker and His Companions; Mud Puddle and its b-side Acre of Wheat.

It's definitely a keeper and I'm glad I put it on before deciding to bin it, although I won't be delving into the rest of his back catalogue any time soon!  I doubt Roger will care as he's sold tens of millions of records worldwide and certainly doesn't need my business.

One of the things I love about rooting around in charity shops and boot sales for records is that you never know what you might find next (aside from Leo Sayer's Endless Flight, that is).  It's certainly a good way of finding unlikely stuff you end up really enjoying, even if it is by accident. Apparently that Isley Brothers record isn't much cop anyway.