Back in September I posted about a track from Breakdance - The Movie; a cheesy but fab 80s film.  A couple of weeks ago I picked up the full soundtrack LP for £1: 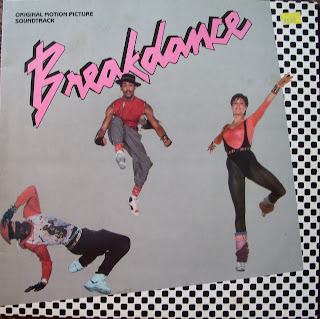 The original post with the lead single and movie info is here.  It's a great soundtrack and as you can see from the album cover, the female lead is once again rocking the leotard/legwarmers combo.

Posted by minibreakfast at Tuesday, November 22, 2011