Queen's soundtrack to the 1980 Flash Gordon movie set me back £1 the other weekend: 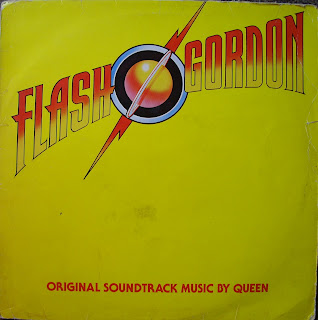 This was Queen's ninth album, and it features mainly instrumental pieces, the exceptions being the single 'Flash' ("Flash's Theme" on the album) and 'The Hero'.
It's a mixture of movie dialogue, guitar rock and synth-rock, with some small portions of the orchestral score (by Howard Blake).

Email ThisBlogThis!Share to TwitterShare to FacebookShare to Pinterest
Labels: queen