One of my lovely big sisters popped round this week with a couple of 7 inch singles for me.  She'd found them in a charity shop for 25p each: 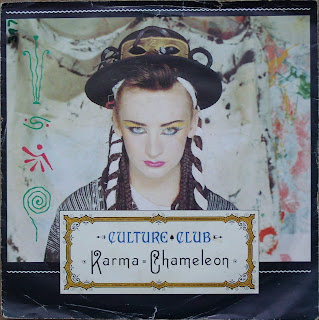 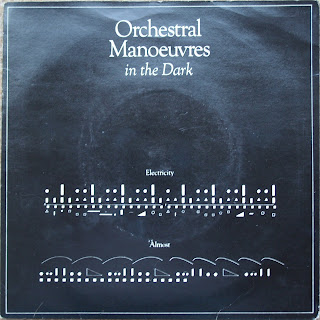 Orchestral Manoeuvres in the Dark - Electricity b/w Almost (1980)
I was nine years old in 1983 and still remember Karma Chameleon being an absolutely massive single.  It spent six weeks at number one and was the biggest selling single of that year.
In contrast, OMD's Electricity was recorded/mixed and released as a single three times between 1979 and 1980, finally reaching it's highest position of no.99!  Goodness knows why; it's one of my favourites and went down a storm with fans when I saw them on tour last November.﻿
Here they are on Spotify:  Culture Club – Karma Chameleon
Orchestral Manoeuvres In The Dark – Electricity
Posted by minibreakfast at Friday, July 29, 2011