I picked up a couple of LPs at a charity shop the other day, again both heavy on the synths.  The first was Depeche Mode's 1990 album Violator. 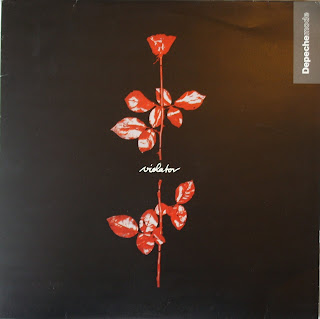 Depeche Mode - Violator (1990)
This album, their seventh, was the one that pushed them from relative success in the UK to worldwide recognition, going gold in the UK and triple platinum in the US.  This copy was a bargain at just 50p as it's an incredible album and in excellent condition.  Top tracks -
Spotify:  Depeche Mode – Enjoy The Silence            Depeche Mode – World In My Eyes
Next was this: 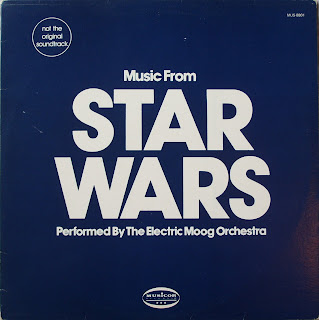 The Electric Moog Orchestra - Music From Star Wars (1977)
Selections from the Star Wars soundtrack as performed on Moog synthesisers?  For 50p?  How could I resist?  The Electric Moog Orchestra specialised in making electronic versions of John Williams' music.  Other soundtracks covered include Battlestar Galactica and Close Encounters of the Third Kind.  Here's some blurb from the back cover: 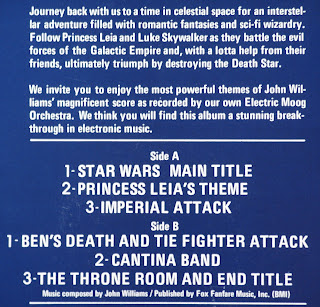