Kooky electropopsters The Buggles consisted of keyboardist﻿ Geoff Downes (right of pic) with Trevor Horn on bass and vocals (left).  They only made one album together (Downes left the group during the recording of album number two "Adventures In Modern Recording") but their biggest claim to fame is that the single "Video Killed The Radio Star" was the first music video to appear on the brand-new MTV in 1981.

I bought their album The Age Of Plastic for £1 at a car boot sale: 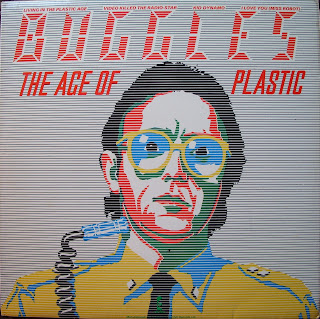 They had a few other hits off the album but went their own separate and successful ways not long after.