I got this single last year for 10p.  It's my favourite Madonna song, and possibly my favourite pop song of all time.﻿ 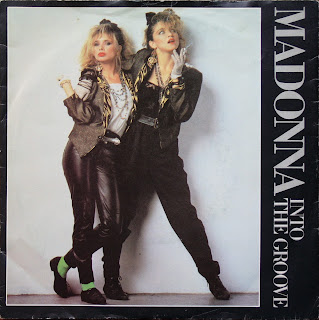 It's taken from the 1985 movie Desperately Seeking Susan, co-starring Rosanna Arquette.  It's a story of murder and mistaken identity in which Madonna's acting isn't that bad, mainly because she's pretty much playing herself.

The single was Madonna's first UK no.1 and it stayed there for four weeks.  Here it is.


I recently got the DVD of the movie and was reminded just how yummy Aiden Quinn (Dez, the male lead) was.  Apparently Bruce Willis was originally up for this part - I'm glad they went with Aiden in the end!
Posted by minibreakfast at Friday, September 30, 2011