I managed to dodge the rain showers this morning and pick up a couple of 70s classics.  First was T. Rex's The Slider for £5:

Their seventh album overall and the second to move away from their previous folky sound into glam rock (after 1971's Electric Warrior), it was produced by longtime collaborator Tony Visconti.  It's a thoroughly enjoyable album of rock 'n' roll boogie and nonsensical lyrics, resulting in two no.1 UK hits; Metal Guru and Telegram Sam. 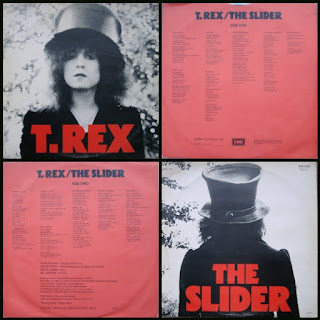 The cover photos are credited to Ringo Starr, although Visconti claims to have actually taken them.  The album reached no.4 in the UK and no.17 in the US.  Top tracks:

Next was Tom Petty and the Heartbreakers' Damn The Torpedoes, for £2:

This was their third studio album and probably their most acclaimed.  Co-producer Jimmy Iovine had a hand in it's success, with his clean production no doubt pushing the band into the mainstream.

Full of fast-paced, urgent and driven rockers, it still manages to retain a lazy Southern swagger.  Little wonder then, that it reached no.2 in the US and is in Rolling Stone's list of the 500 greatest albums of all time.  If you only ever get one Tom Petty album, make it this one. 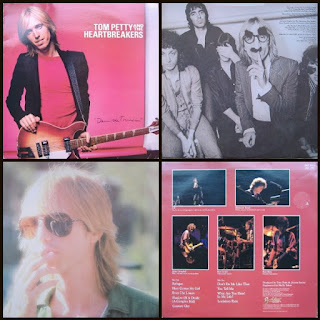 Top tracks:  Tom Petty And The Heartbreakers – Don't Do Me Like That

Tom Petty And The Heartbreakers – Refugee