All the leaves are brown...

...but on Sunday the sky was NOT grey!  I am with transport once again so we headed up the coast to a car boot sale.  The weather was roasting and the skies clear and blue:

The place was heaving but despite the many stalls, vinyl was thin on the ground.  I came away with two LPs, bought for £1 each.  First was this: 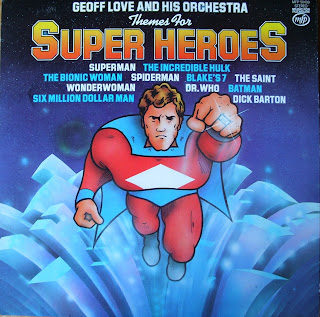 This is a collection of orchestral versions of superhero film and TV themes, including Wonder Woman, Dr. Who and Batman.  It's both hilarious and brilliant, and has recently been released on CD along with his Big Terror Movie Themes.

Next I got Talk Talk's third studio album, The Colour Of Spring.  It marked a transition in style between their earlier synth-pop efforts and final two albums Spirit Of Eden and Laughing Stock. 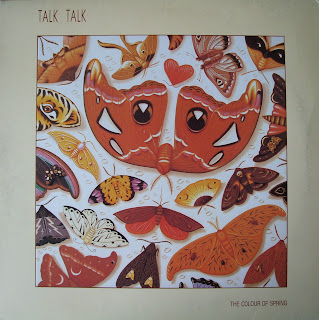 Posted by minibreakfast at Tuesday, October 04, 2011